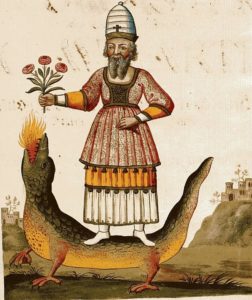 Let us be such people that help the life of the future.
—Zoroaster

Remember the Whole Earth Catalog from the late 60s? I do because it was on my parents bookshelf, along with Be Here Now, Bhagavad Gita, and Steal This Book. The catalog was oversized and its cover had only an image of the Earth taken from space. The author and compiler, Stewart Brand, wrote in his introduction:

In response, Brand promoted the “power and glory” of each person and human-scale communities to seek knowledge, make discoveries, create new models, and share the results with others. The catalog was meant to provide tools for the psychodynamic autodidact in every sphere of human life.

I recall from an interview that Brand knew in 1965 that NASA had images of the Earth from space. He took to heart the words of his mentor, architect and creator of the geodesic dome, Buckminster Fuller, who said “people perceive the Earth as flat and infinite, and that is the root of all their misbehavior.” Brand began a campaign titled “Why haven’t we seen a photograph of the whole Earth yet?” and NASA released the photo soon after. Brand used the image on the catalog, believing that the image would awaken a conscious perception of the fragility and unity of the planet and result in an evolution of values.

More recently, Brand founded The Long Now Foundation, bringing together thinkers to look at human activity in the temporal context of 10,000 years. One project of the organization has been to build a 10,000-year clock inside a mountain in Texas. The inventor of the clock, Danny Hills, explains it this way:

“I cannot imagine the future, but I care about it. I know I am a part of a story that starts long before I can remember and continues long beyond when anyone will remember me. I sense that I am alive at a time of important change, and I feel a responsibility to make sure that the change comes out well. I plant my acorns knowing that I will never live to harvest the oaks.”

Many examples of true long-term thinking come from the ancient past. For instance, the cosmology of the ancient Egyptians, Maya, Vedic, and other civilizations showed a similar long view of life on the planet. These societies used sophisticated and accurate calendars based on the 26,000-year precessional cycle. This “long day” of life on this planet informed the worldview of the society.

Meanwhile, we live in a time that is characterized by breakneck acceleration. The world we live in would be unrecognizable science fiction or even magical viewed by a person arriving from a thousand or even a hundred years ago. Some speak of Moore’s Law, which theorizes (correctly) that computer processing power doubles every two years at half the cost; or the approach of the AI singularity, in which machines become more intelligent than human beings with unforeseeable consequences. In any case, it is undeniable that communication, technology, commerce, and so many other areas of life have accelerated almost beyond a pace that is intrinsically human.

The acceleration suggests that we are in a pivotal time, a time in which our deeds, behaviors, and modes of living have great significance for the future. Many share the precognition that a choice of directions is imminent, yet we suffer from an inflammation of the soul caused by fear and anger, disillusionment, and fatigue that prevents us from looking into the near-distant and distant future of our species and life on the planet, of seeing the choice that is before us.

So, how to become available to perceive the choice of regeneration or destruction, and then to take the only sensible decision?

First of all, I think the long view begins very close to home, within the apparent confines of the skin, in the inner life. Can I leave off what is unnecessary—unnecessary anxiety, fear, outrage, acquisitiveness, envy, greed, and anger? Can I leave off reacting to the vitriol of public figures and neighbors? Can I stop believing what I think and open a channel to direct perception?

If I can begin to have some impartiality to my own experience, and simply be with what is arising, then, perhaps, I can help assuage the inflammation that is rampant in the larger world. I may see that, in fact, my inner life is not separate from the inner life of the world, and that all participate in the same inner life. Then, again perhaps, I can serve as an inner activist, with deeds and acts from a place of stillness, and exerting a corresponding effect.

About the Author: Jason Stern